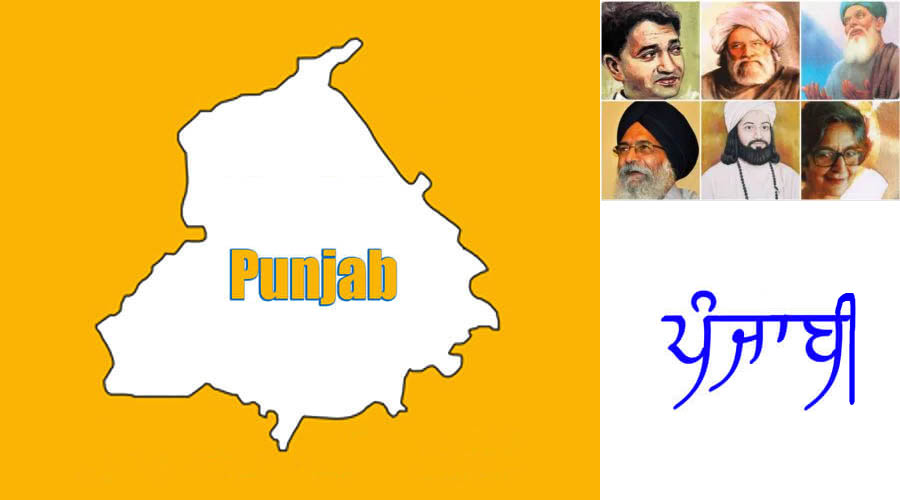 Punjabi is one of the modern Indo-Aryan languages. Like other languages in this group, its origin and development is also from the language of the ancient Aryans. Punjabi language is spoken by about 140 million people of the world, and in this respect it is one of the ten top-ranking languages in the world. This language has a rich tradition of medieval Punjabi poetry which has earned a special name for itself in spiritual and philosophical literature of the world. We have in Punjabi such exalted literature which, because of its distinguishing features, has a special distinction in world classical literature.

The word ‘Punjabi’ comes from a combination of Persian words ‘panj’ + ‘aab’ which means ‘the land of five waters (i.e. rivers)’. Punjabi is the mother-tongue of the people of Punjab. It is one of the 22 regional languages notified in Schedule 8 of the Constitution of India. It is an official language of Punjab government. It is spoken in many states of India as also over large areas of Pakistan. It is also a second language in Ontario and Vancouver B.C. in Canada. It holds a predominant position in some colonies of Surrey in Canada and Southall in England.

Mother tongue is a very significant sign of recognition of people living in a particular geographical region. It is not just a medium of expression for thoughts, but a display of different concerns and ways of living relating to real life. Feelings and emotions can be expressed with acute intensity through one’s mother tongue, which is not possible with the help of any other language.

The script of Punjabi language is ‘Gurmukhi’ which literally means ‘that which came out of the Gurus’ mouths’.