Saurabh Singh who is Cdt. Sgt from NCC(Air Wing) of DAV College Jalandhar has got 2nd position in Inter-Battalion Best Cadet Competition. Saurabh had enrolled in 1(PB) Air Sqn, NCC Jalandhar in 2016. For his best performance he has been awarded with a cash prize of Rs. 3500.

Before the competition, a pre selection process was adopted to select the best cadets among the cadets of NCC(Air Wing) from various colleges. The preselection procedure was so tough that only two SD cadets were selected among all the participants. The competition of best cadet included .22 firing, written test, drill test, and personal interview. In written test there were two subjects-Special subject and common subject. Saurabh performed well in each category and secured second position among 8 battalions under the Jalandhar group. Saurabh has already attended All India Vayu Sainik Camp in 2017 at jodhpur on the basis of study of flying Subject. 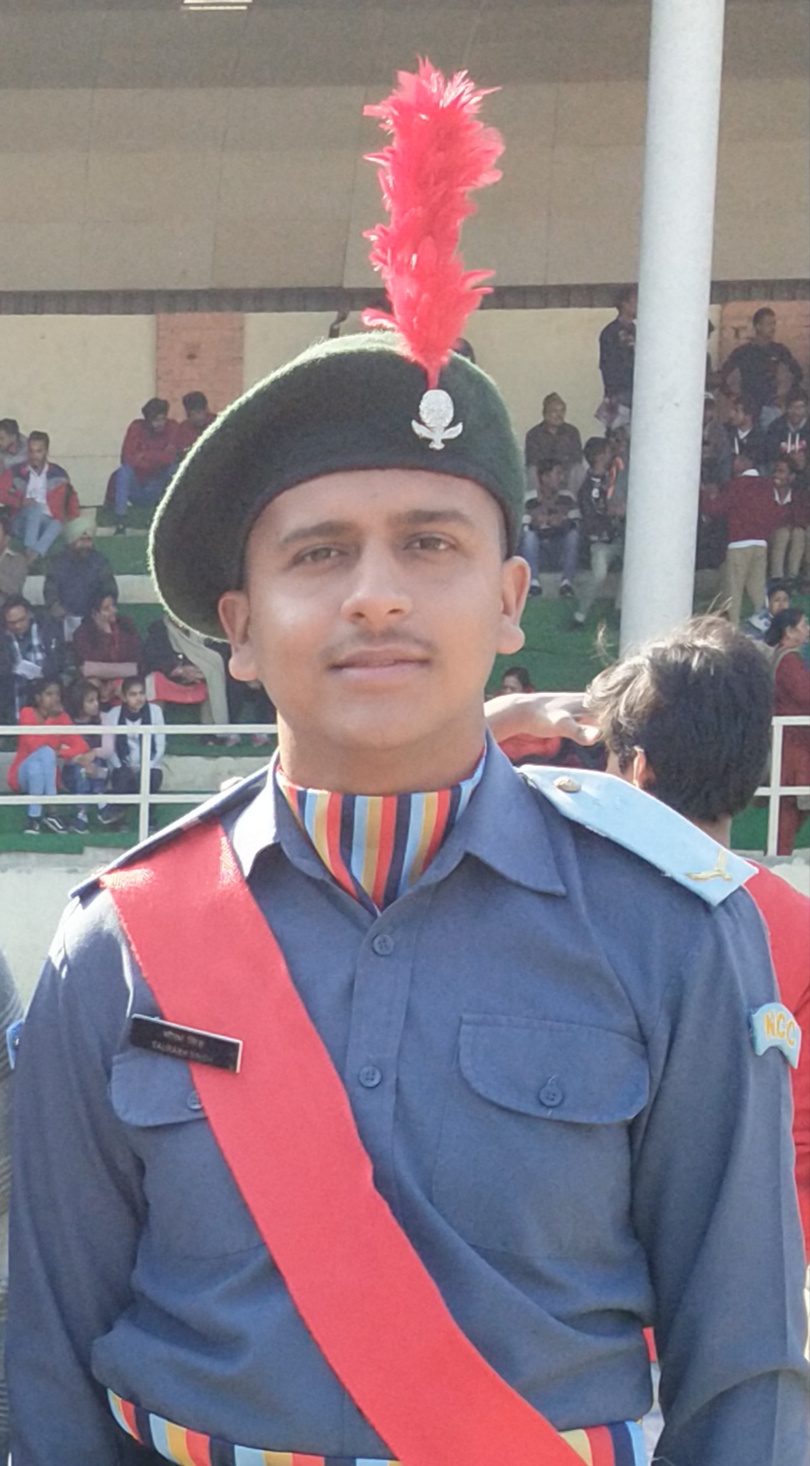