World Water Day is an annual UN observance day (always on 22 March) that highlights the importance of freshwater The day is used to advocate for the sustainable management of freshwater resources. World Water Day is celebrated around the world with a variety of events. These can be educational, theatrical, musical or lobbying in nature. The day can also include campaigns to raise money for water projects. The first World Water Day, designated by the United Nations, was in 1993. Each year many countries celebrate World Water Day.

The theme on World Water Day in 2019 is‘Leaving no one behind’.

On 22 March 2019, NCC Air Wing celebrated the” WORLD WATER DAY” at DAV college Jalandhar. A rally is organised by the cadets of NCC (Air Wing) in the DAV College Campus in which the various slogans were raised to aware the student youth about the importance of fresh water and its resources. 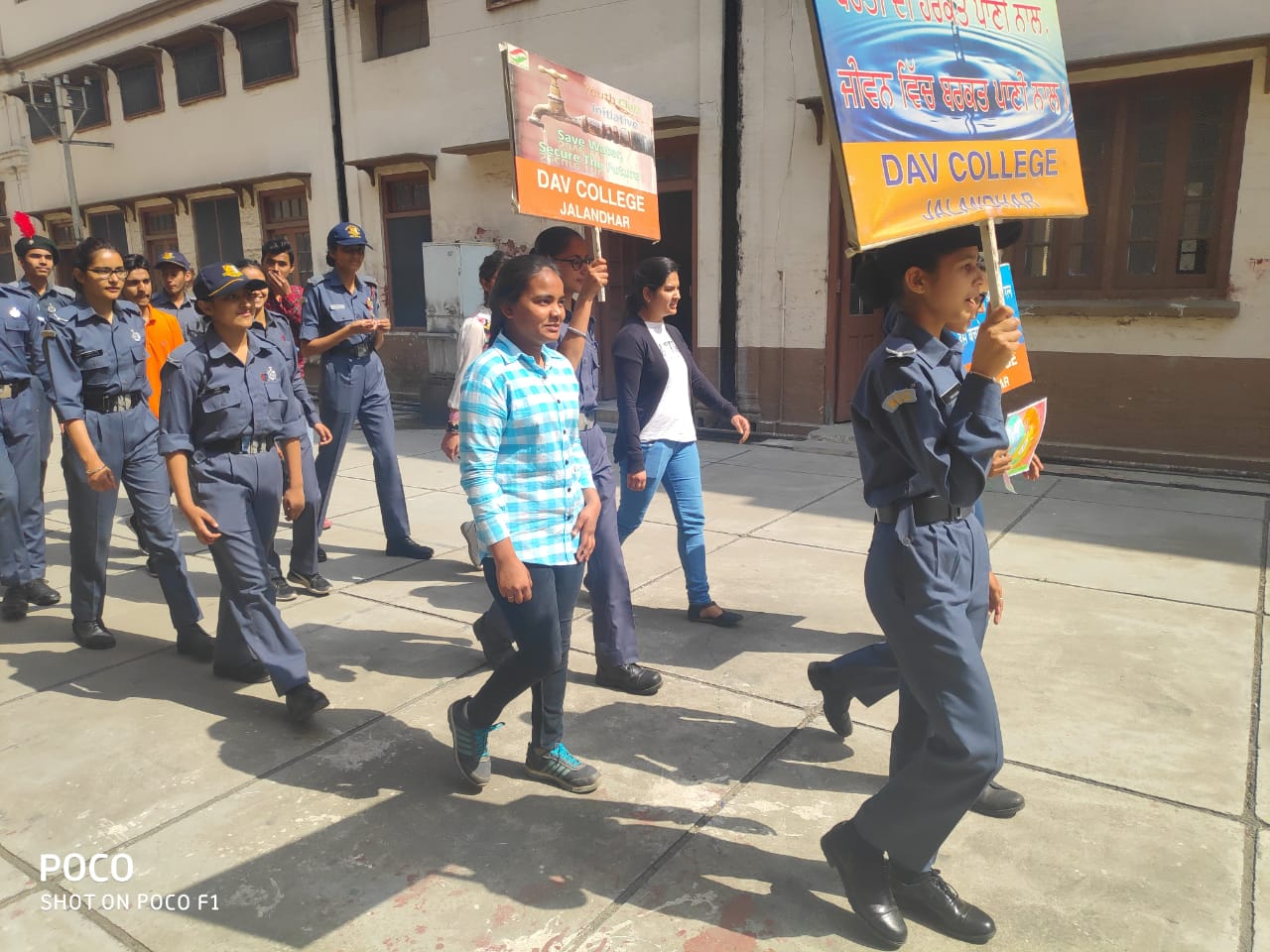 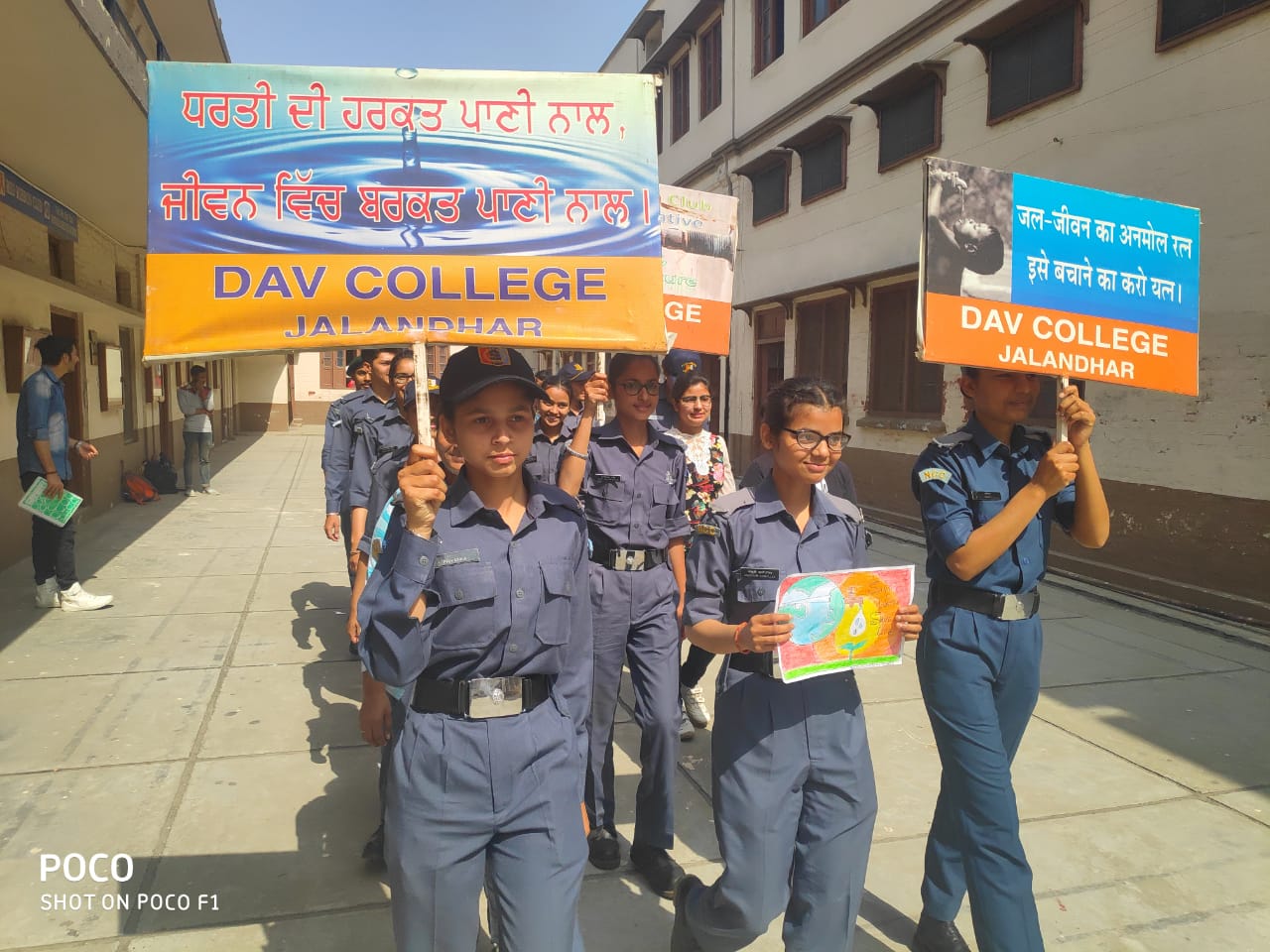 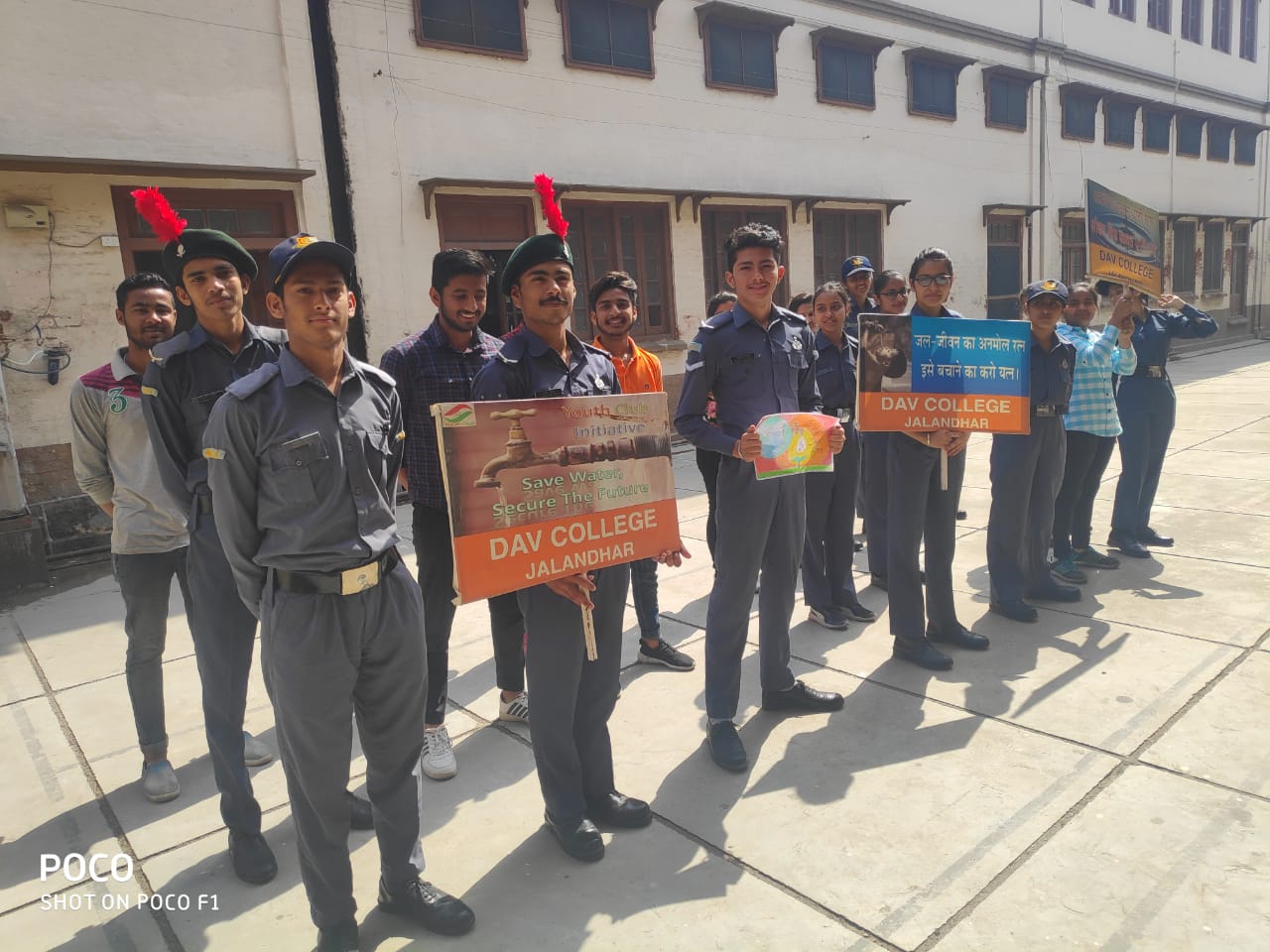 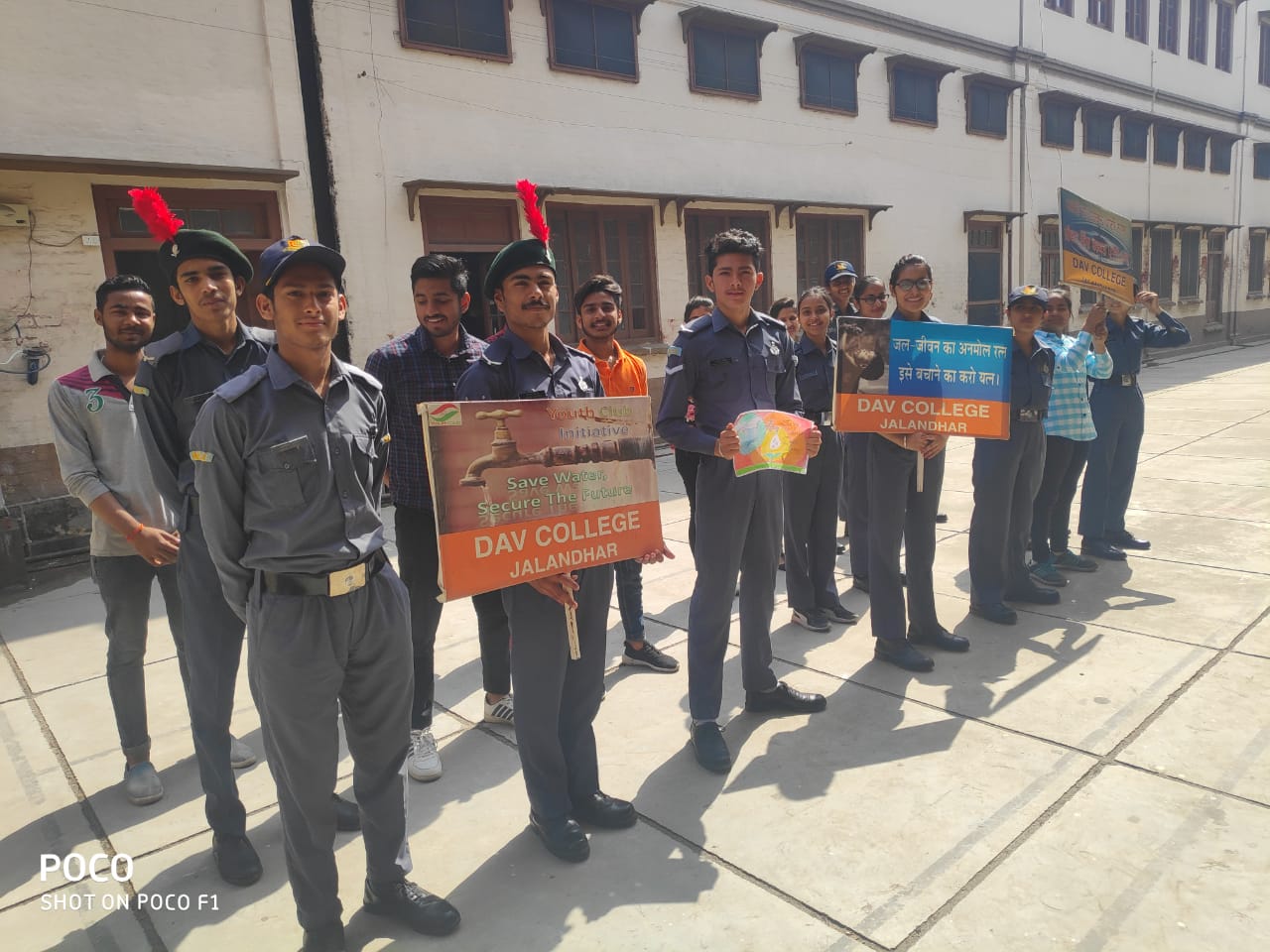 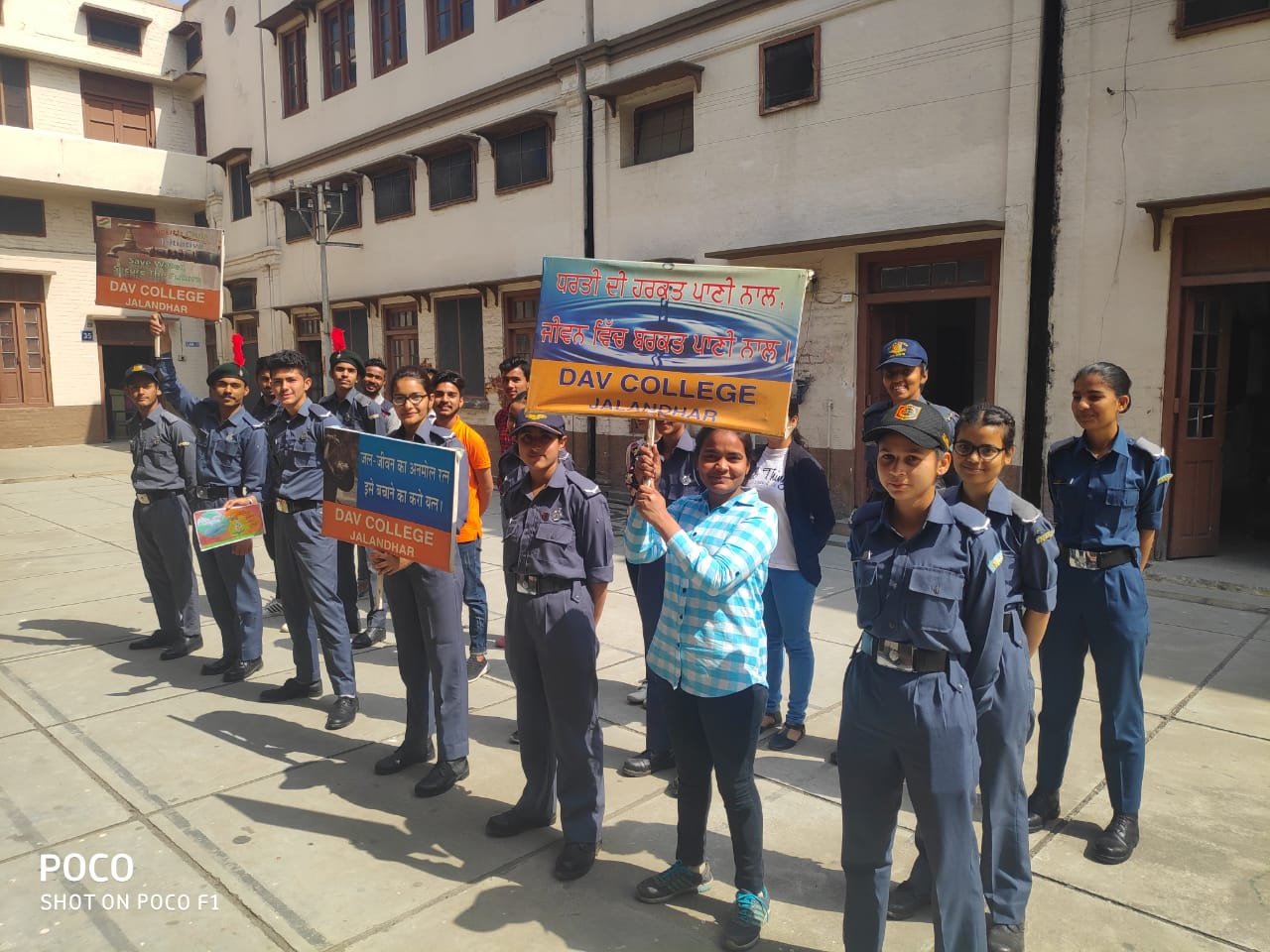