DAV College again rocked in the BAJMC Examinations taken by Guru Nanak Dev University.
“Heena stood third in university”
Six students from DAV nailed in the top 9 University positions
In GNDU second semester examinations, Department of Journalism and Mass Communication of DAV College stood brilliant. Heena blazed the name of the college by standing third in the university. Along with this, Paras and Gurkirat stood sixth, Pradeep seventh, Priyanka and Manmeet stood ninth in the university.
“Heena” scored 341/450 and stood third in the university. Heena said that my voice is crystal clear and i have the confidence and communication skills. I want to become a national news reporter cum full time news reader. I dedicate the fruit of my success to my teachers.
“Paras” and “Gurkirat” scored 316/450 and stood sixth mutually. Gurkirat said,” I’m very much inspired by the works of Barkha Dutt, a renowned women reporter, in the field of not only in political and social environs but also in the field of world journalism. I also want to become Barkha Dutt. Paras said he want to accomplish career in anchoring and for this for this my family and teachers has provided me plenty support.
“Pradeep Kumar” got seventh position with score 313/450. Pradeep wishes to contribute in the field of journalism, along with he said that career in journalism is very prosperous and in some prospects it is a fat salary bonaza. Journalism is that medium through which we get updated with everyday news.
“Priyanka” and “Manmeet” stood ninth in the university with the score of 309/450. Priyanka wants to become Programming Head in a Radio Station and Manmeet wants to become Event Manager.
College Principal Dr. B.B Sharma felicitated the students and said, ” there are millions opportunities which stand in Journalism. But along with it, the work of a reporter is very challenging as it has been said that pen and media is mightier than sword. Principal Dr. Sharma congratulated all students on their achievement.
HOD Meenakshi Mohan also felicitated the students and acknowledged their achievements. During the occassion, Prof. Pretty Dhawan, Prof. Jyoti Vardhan, Prof. Payal Sharma appreciated the students. 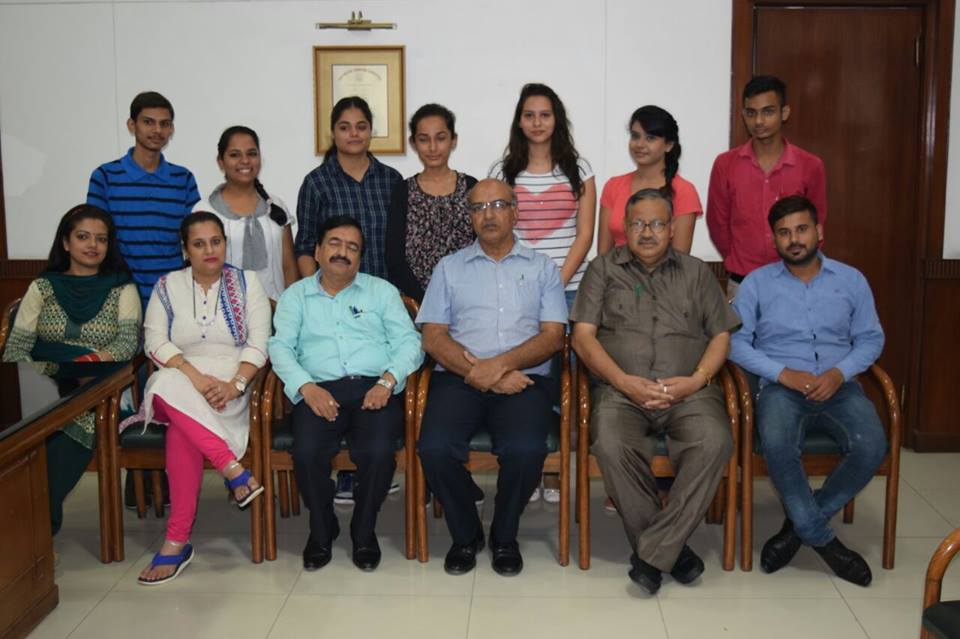 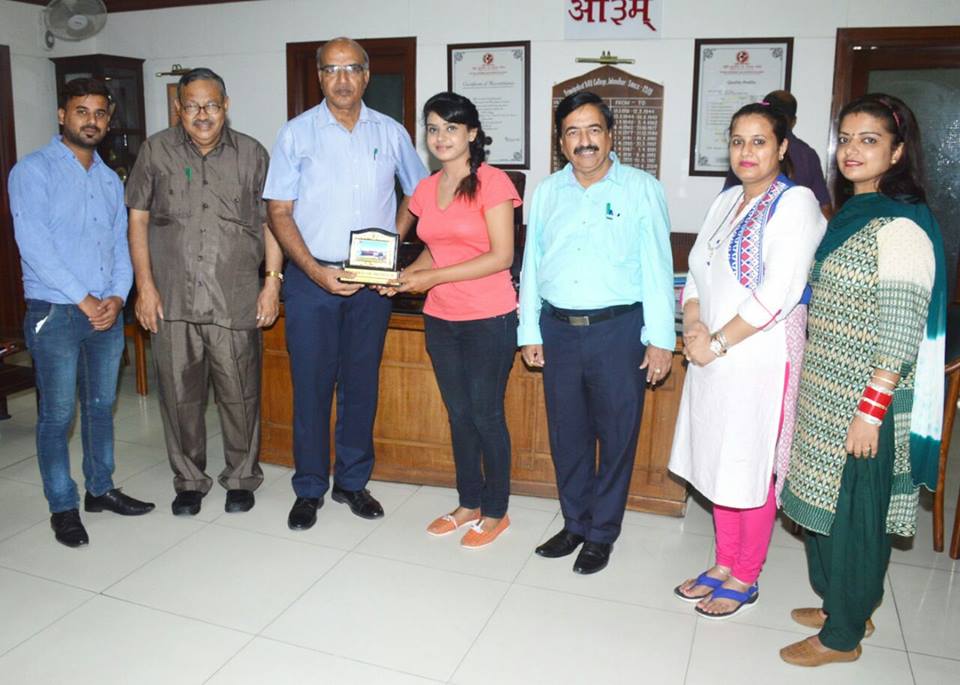