Even if you lose , still remain happy , because sports are not about winning , its about sportsmanship – said Mr Baljeet Mahajan in the inaugural ceremony of IDM CCL.

A grand event was conducted and organised in the college auditorium for the inaugural ceremony of IDM CCL.

Prof VK Sareen (Officiating HOD) of Commerce department quoted “its a matter if pride for us to be organisers of such a tournament like CCL from the past 20 years , and feel priveleged enough to be collaborated with the IDM sports for the last 6 years who are sponsoring the event.

The tournament matches will be played on the DAV and DMS ground , the reason behind why its being considered as a grand event , and the tournament will start from October 2.

Principal Dr B B Sharma at the occasion quoted” games are an inevitable part of our life , we should involve into them with great zeal and enthusiasm keeping the spirit of sportsmanship alive . Winning or losing is definitely a part of the game , and games give us the message of brotherhood , commitment and dedication .”

Chief guest on the occasion Mr Baljeet Mahajan (IDM sports) spoke at the occasion and said they feel happy enough to be associated with the Dav instituion from the past 6 years . Today is the era of great stress and competition ,where games and sports play the pivotal role in maintaining the physical and mental health , and provide golden opportunities to the students for further growth as a sport’s person . But the only thing required is 100% dedication in such events whenever it occupies your life, and everyone should be a part of some kind of game or sport.

In order to avoid any sort of conflicts Event jury has been constituted including members like Prof Arun ,Prof Rajiv Sharma ,Prof Ashok Kapoor,Prof Rajeev Puri ,Prof Amit Jain (the decisions of above members will be final and binding on all).

President Dr Sanjeev Sharma made all the players speak an oath on sportsmanship
And he put forth his vote of thanks to the sponsors IDM sports ,Jindal Infrastructure Ltd ,Tracer Shoes and the FC Sondhi group.

The tournament organiser , manager and Dean public relations Prof Manish Khanna told that a total of 10 teams are participating in the league , where they will be playing minimum of 3 matches after which the qualifying teams would play in quater finals and semi finals .He told that the students are full of zeal regarding the event. 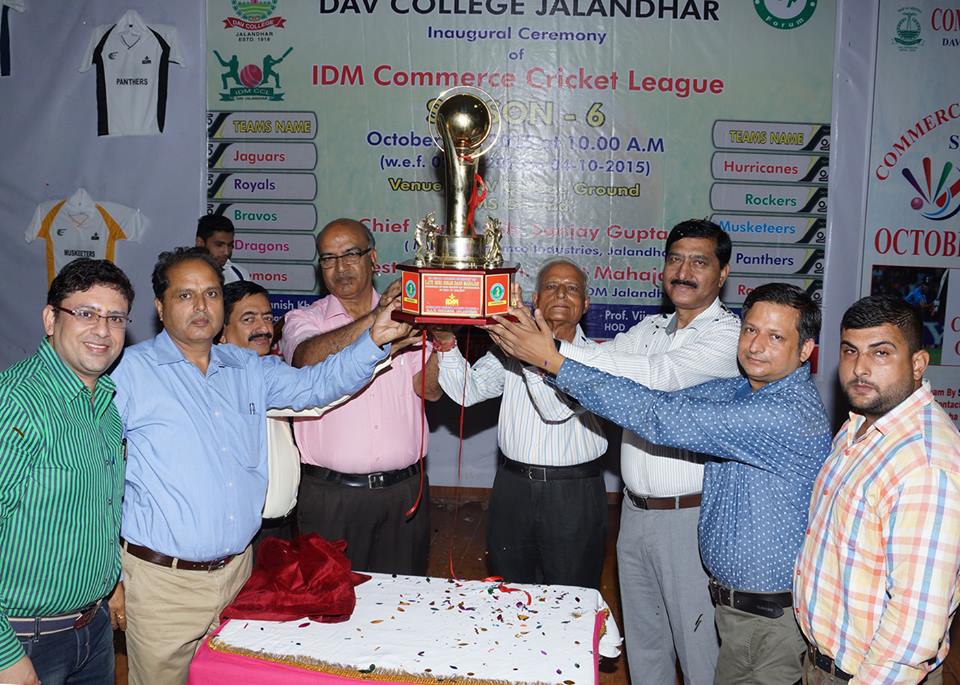