In the first league match Dav jalandhar won over Dav college Amritsar and won by a difference of 3-1, and in the second league match the GNDU campus Amritsar was beaten by Dav Jalandhar again by 3-0.

Beating the earlier teams Dav jalandhar managed to enter the finals where it had a tough face off with Lyallpur khalsa college jalandhar.

Kanav and Deepak from Khalsa college beated Sagar and Sahil of Dav jalandhar by 21-16 and 21-12.

Sagar of Dav again managed to beat Deepak of Khalsa by 21-17,16-21,21-17 and maintained an equal position ,thus enhancing the enthusiasm of the tournament.

Principal Dr B B Sharma quoted “we are really proud of the fact that our Dav team won this great Badminton tournament and it has performed excellently throughout and bagged top rank in the finals” . He further quoted… The entire Dav is proud of its players and heroes who are also excelling in other sports.

On reaching back Principal Dr B B Sharma congratulated HOD Dr Manu Sood of Physical Education department , Coach Varun, Prof Saurabh Raj , Prof Mohit and entire staff for their exemplary contribution and quoted “the college not only provides theoretical education but also assists and makes efforts to make the students mentally and physically healthy and sound ,keeping this in mind , student are given physical training. 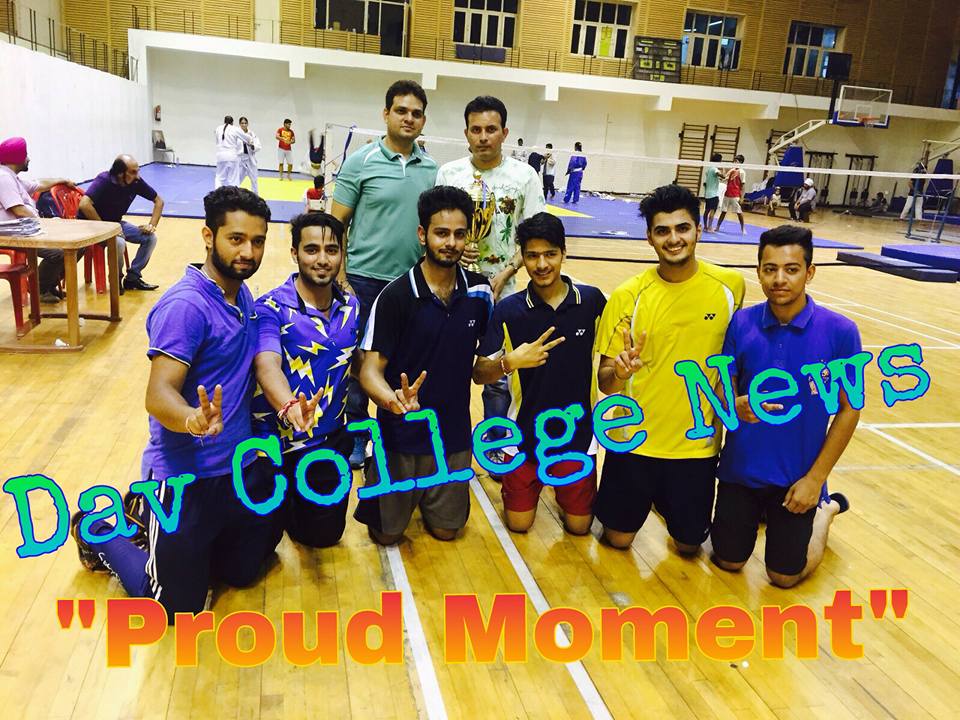 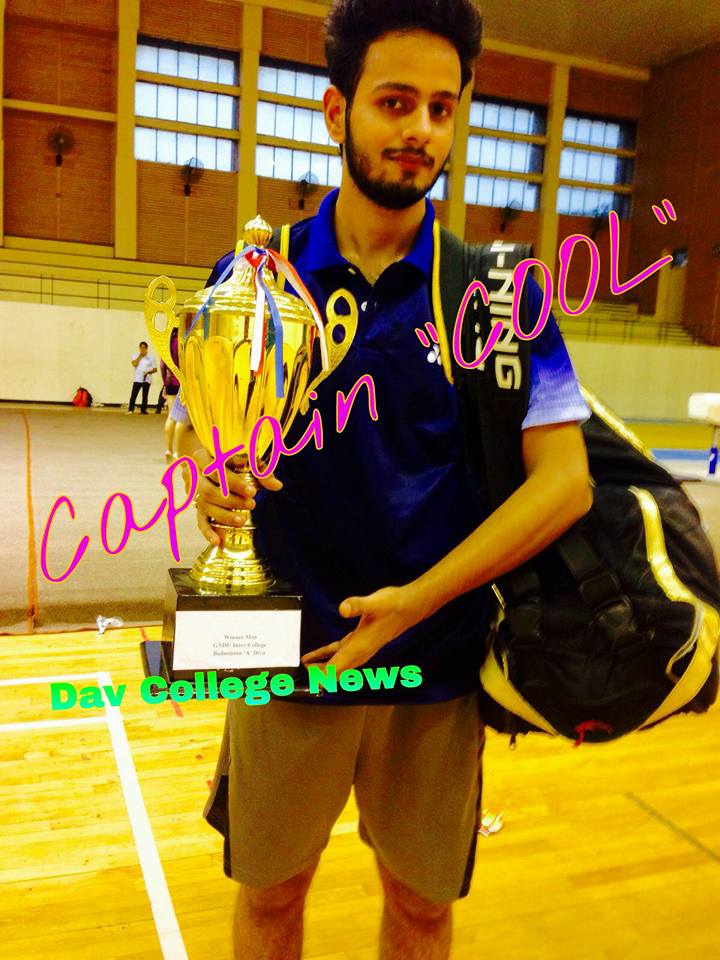 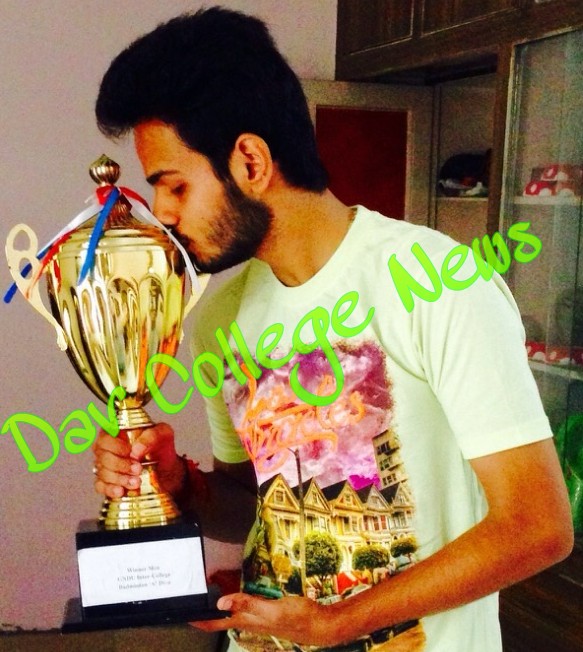